What Sold On eBay 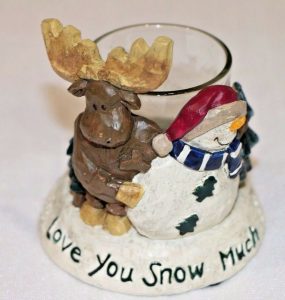 I sold an Accents & Occasions “Love You Snow Much” Christmas Candle Holder via Best Offer and Promoted Listings at 5.30%.

This was listed on November 10, 2017, and purchased at a thrift store.

The interesting part of this sale is that Christmas sells all year long.

But I didn’t expect something so small to be so heavy and it was a task to get this under a pound. If I hadn’t I would have taken a loss on it. 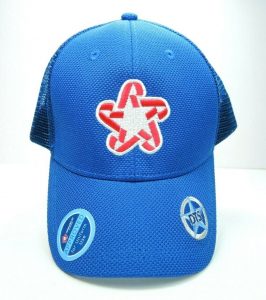 Have I said before that I love selling hats?

This was listed on March 15, 2019, and purchased at a thrift store. Great fairly quick sale and I actually have one more available.

On Thursday I listed 0 items on Fazoom.com, 0 items on eBay and 0 items on Poshmark. That’s right, I didn’t list anything as I needed to tackle some consulting work.

As I write this it’s almost noon on Friday, so TBD how far I get today. Honestly, I’m not so concerned about Poshmark as I have a lot of things I want to get up on eBay. And Poshmark hasn’t resulted in a single sale yet. Priorities.

What Sold On eBay

From Friday through Wednesday, April 19-24, 2019, I sold eight items on eBay. Well, actually seven. One canceled because they didn’t read or look at photos first. Wednesday was actually our second official non-sales day of April. While sales are very slow right now, the items that we have sold in the last week have mostly been pretty good ones. 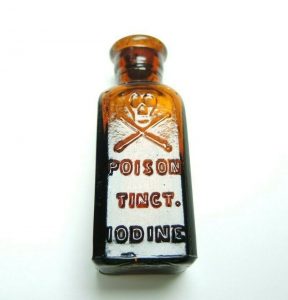 This was listed on March 13, 2019, and purchased in an auction lot. Great quick sale. 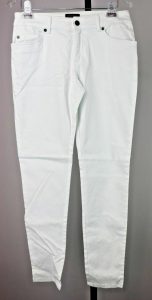 I sold a Pendleton Women’s Malin Pants via Best Offer.

These were listed on August 8, 2018, and part of my brand new bulk clothing buys last year. Slow moving because I refuse to give away brand new clothing.

VERDICT: Personally I’m avoiding most clothing. If you like clothing they’ll eventually sell for a decent price. 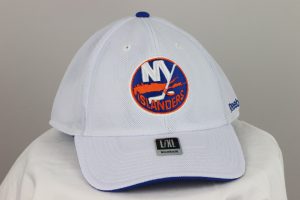 I sold a New York Islanders Hat via Best Offer.

I have a few of these hats and they were listed on September 30, 2018, just in time for hockey season. Also part of my bulk clothing buys. Yet they are only selling now that it’s the second round of the playoffs and the Islanders are still playing. Go figure.

VERDICT: Buy if new. I love selling hats, but pro sports ones seem to be slow movers. 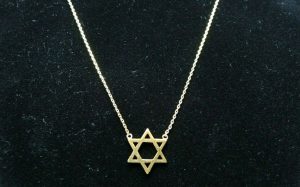 This was stuck in an auction lot last year and I just got around to listing it on April 8th. Quick sale, but low dollar.

VERDICT: If you have them, list them. But if I were to buy them I’d have to get them cheap enough and be able to pick up a gross of them. 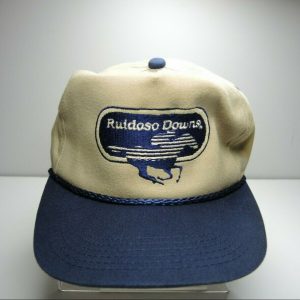 This was picked up at a thrift store and listed last week. The hat has some cosmetic issues too which were noted in the listing. You can’t beat that. 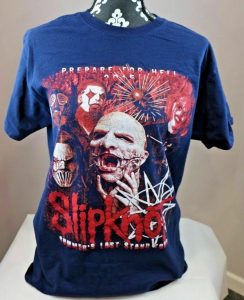 This was picked up at a thrift store and listed in September 2017. I’m glad it’s gone. 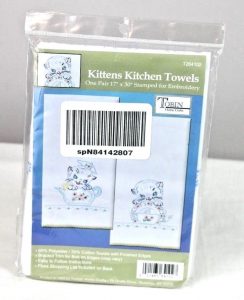 VERDICT: After months of being listed they’re finally selling.

Quantity wise we had our worst week in over a month. Overall #14 out of 16. Yes, it was that bad.

Dollar wise it ranks #4 out of 16.  If only one number is going to be higher that’s the one I want it to be.

To avoid burnout I know that the 200-300 item listing weeks cannot be a regular thing. Ideally, I need to be at around 75-100 listings a week, but until I get the “death pile” under control I do need to push it a little.

That said, the magic number is 175 this week, with around 100 of those items be cross postings or moves.

As of Wednesday, I listed 69 items on Fazoom.com, 40 items on eBay and 0 items on Poshmark so far this week. All old magazine ads.

Nothing Sold On eBay

I should be happy that it was my first eBay goose egg of the month since we had a record NINE non-sales days in March. A typical non-Q4 month sees 2-3 days without a sale on eBay, so that’s not a big deal. But sales this week, in general, are a little worrisome.

But this week I decided to bump things up a bit to see if we could get a little more traction.

Monday-Wednesday, our best sales days of the week in 2019, I set Promoted Listings at the Trending rate + 2%. We had 6 sales over those 3 days, two (33%) of which were via promoted.

For reference, last week, which was a somewhat slow week, we had 11 sales Monday-Wednesday. Three (27%) of those sales were via Promoted Listings at a flat 1% rate across the board.

On Thursday I decided to try Trending +3% to see if we could do a little better than that. While impressions & clicks were up slightly, this did not result in any sales, promoted or otherwise.

This morning I put things back at a flat 1%.

I know that this is a very small sample size and is somewhat comparing apples to oranges, but that doesn’t meet my expectations. If those extra impressions are simply extra irrelevant impressions they do no good at all.

I don’t have an issue with Promoted Listings in principle. It’s a marketing expense and if you have a product going after the same buyer, it’s a great idea. You wouldn’t think of leasing a storefront and not advertise to get people into your store.

But I have issues with the way it has rendered search pretty much useless. eBay search is so bad to the point that I actually search for eBay items in Google in order to purchases things that I want to buy. It’s a wonder that any of us selling anything through eBay searches.

I was having one of those days where everything I did seemed to be in slow motion and the timeline was in fast forward. That’s a very unproductive combination, so I wasn’t able to knock out the last 24 listings for Fazoom.com.

I’ll get those items knocked out this morning and will be cross-posting to Poshmark, so I should hit 300+ listings completed this week.